The barrel hitch lifts a barrel in an upright position. It can hoist any cylindrical container with its top open by surrounding it with a rope. The knot finds a place in The Ashley Book of Knots. The bale sling hitch that is based on the cow hitch can do so with containers having their tops closed. It is reasonably safe and secure. 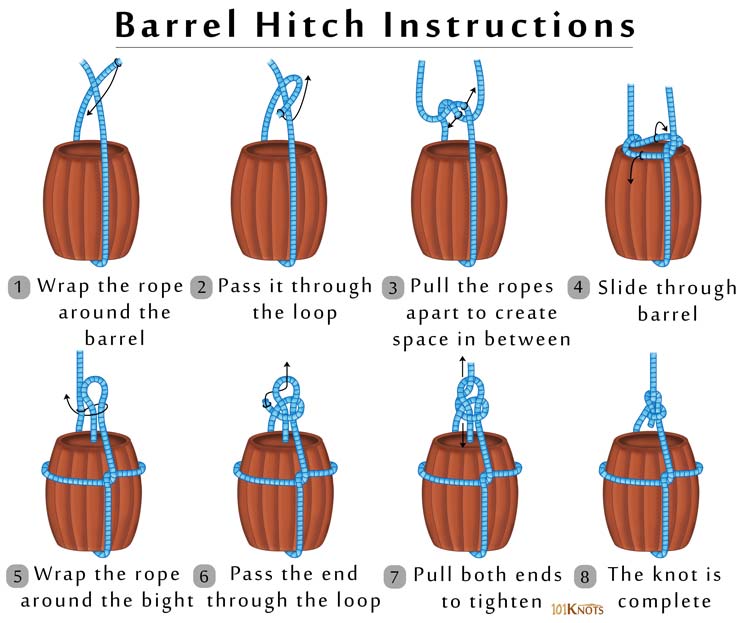 The barrel sling – It can lift a barrel lying on its side with its ends sealed. 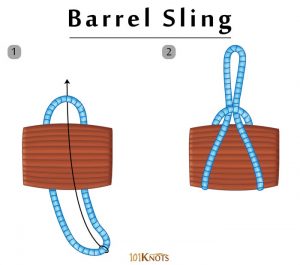 How to Make a Barrel Hitch Knot- Video