This knot is named after Jason Blake who is credited with explaining the knot to fellow arborists in 1994. However, it was first mentioned by Heinz Prohaska in an Austrian Guides Periodical in 1981. Later, in 1990, Nylon Highway, a caving magazine, also referred to the knot. It is a friction hitch that they popularly used for ascending and descending ropes. It is also known by the names Swicero (Suicero) or Verones knot. It is stable and does not roll or creep along the rope.

How to Tie a Blake’s Hitch Knot 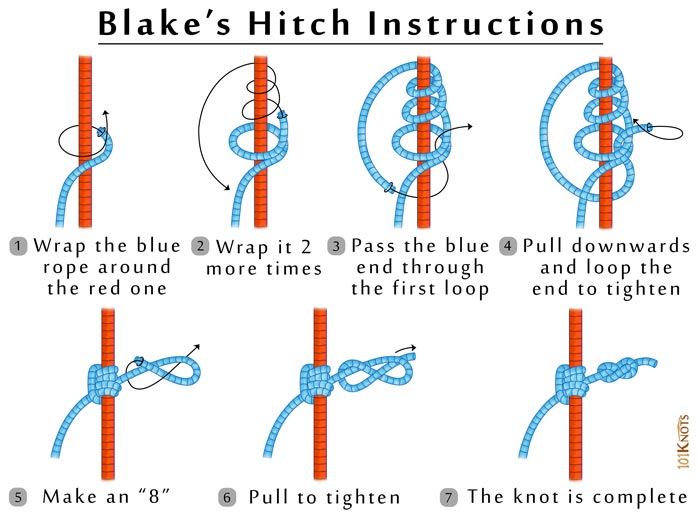 How to Tie a Blake’s Hitch Knot

It has 2 traditional forms, 4/2 and 5/3 though other modifications can be made.

In case of extra-slippery ropes, it is advisable to add a turn to the far end (the end away from the tucked tail). If the knot slips due to the stiffness of the thicker rope, it is a good option to add a turn at the near end resulting in a 5/3.