The Carrick bend is a powerful knot to join two heavy ropes, hawsers or cables that are tough to bend. It’s no jamming nature makes it a favorite to hold up massive loads, even under wet or oily conditions. The curvy symmetric form of the knot makes it appealing for decorative purposes too like making mats, wall hangings, rope trivets and coasters. Ashley terms it as a nearly perfect bend.

How to Tie the Carrick Bend Knot 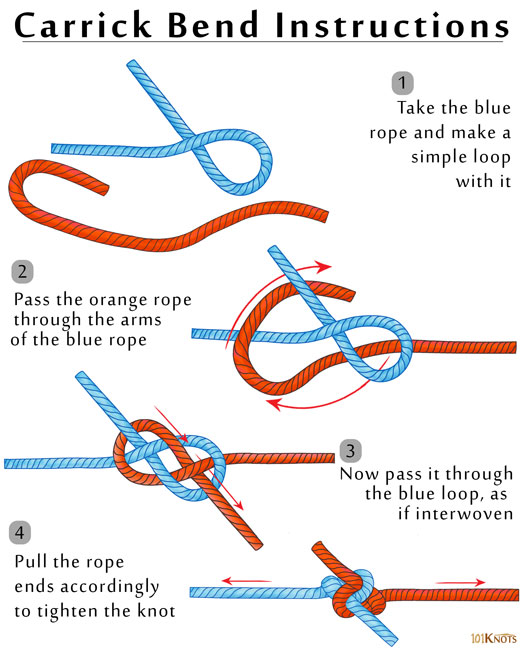 The true carrick bend is also known as the full or double carrick bend owing to the eight crossings where the ropes pass over and under alternately.

Knots Based on the Carrick Bend

Carrick Mat: A decorative woven knot typically used for pads and mats that consists of carrick bends connected by their ends to form an endless knot.

Diamond Knot: Starting off as a carrick bend it is tied in such a pattern that the ends emerge opposite and parallel to their own standing parts.