The figure 8 bend, also known as the Flemish bend, rewoven figure eight or a double figure eight bend, joins two ropes of roughly equal diameters together. Referred to in The Ashley Book of Knots, it is safe, easy to remember and tie. It should not be used in ropes that differ much in diameter for security reasons. For heavy loads, it is important to dress the symmetrical figure of eight bend knot correctly and leave longer tag ends.

How to Tie a Figure 8 Bend 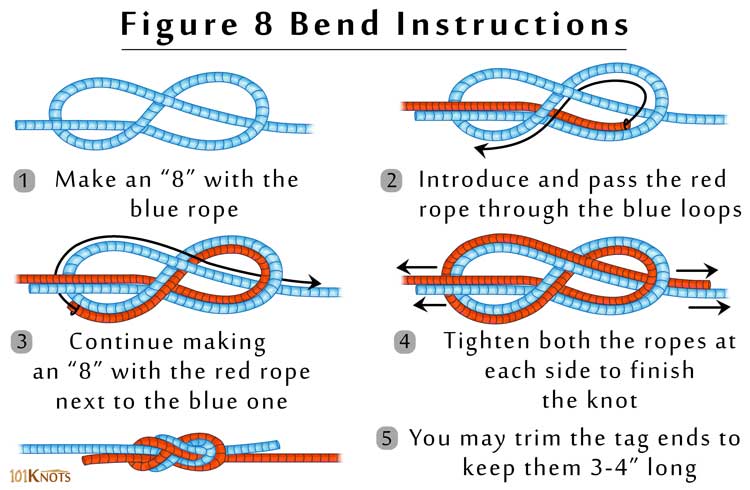 How to Tie a Figure 8 Bend