This strong knot resembles the figure 8 on a bight in appearance with one difference in the tying procedure. That is the addition of an extra half turn before completing the knot. It is more suitable for smaller, flexible ropes than heavier, stiffer ones. It forms a fixed loop at the end of a rope.

How to Tie a Figure 9 Loop 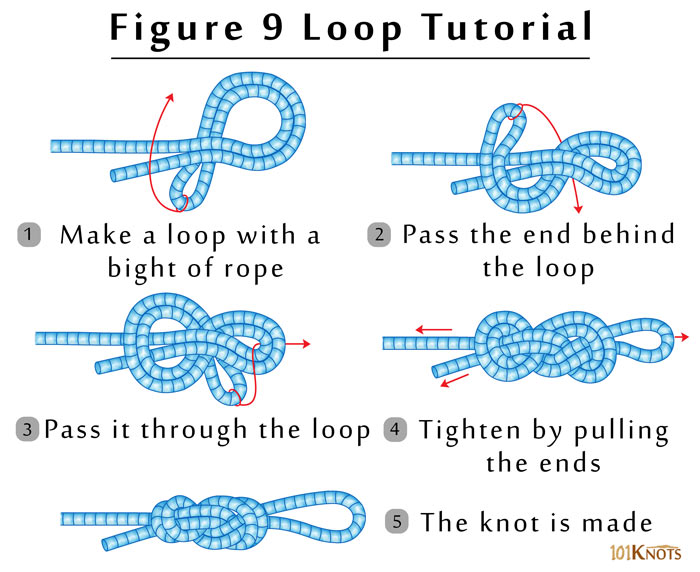 How to Tie a Figure 9 Loop