What Is A Half Hitch Knot?

It is basically an overhand knot with the working end brought over and under the standing part. Though it is insecure by itself, it forms the basis of many other reliable knots. It may be used for decorative purposes as in French whipping. The quick release knot has an ancient origin and is described in The Ashley Book of Knots. The overhand and single half hitch knots have different appearances and the latter necessarily requires a support for the initial loop to be made.

How to Tie a Half Hitch 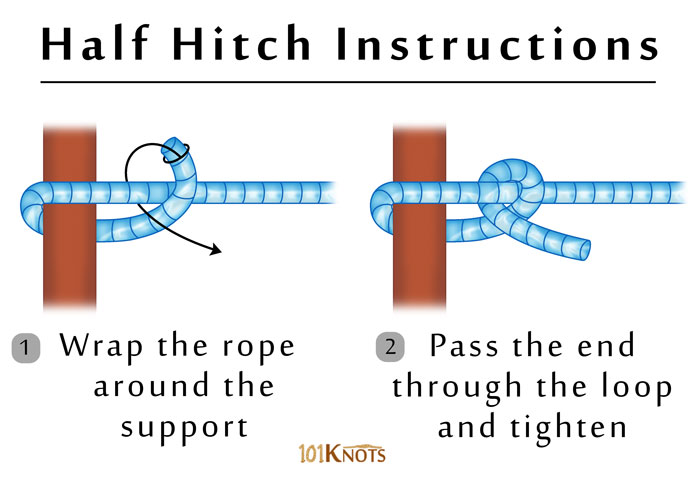 How to Tie a Half Hitch

Apart from the above, the vertical, horizontal, alternative (chain stitch) and spiral half hitches are unique variations used in macramé patterns.

Video Tutorial on Tying a Half Hitch