The handcuff knot, also known as the hobble knot forms two loops on a length of rope secured at the center that can be used as makeshift handcuffs as pointed out in The Ashley Book of Knots. However, since it does not have any inherent locking action, it cannot be reliably used for the said restraining purpose. However, it can be locked effectively by tying a single or more overhand knots with the loose ends. It is quick, easy to tie and can be made with rope as well strings, lines, paracord or webbing.

Tutorial on Tying a Handcuff Knot 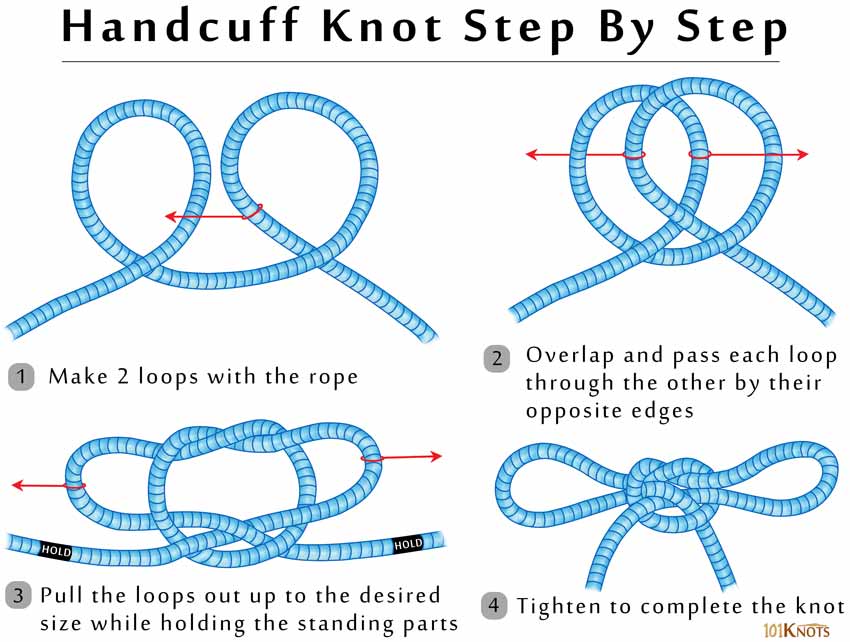 Tutorial on Tying a Handcuff Knot

Prusik knot – Though inferior, can be used as handcuffs.