The versatile Nicky tie knot is a variant of the more symmetrical Pratt knot. Its size lies midway between the four-in-hand and half-Windsor knots. In other words, it is larger than the four-in-hand but smaller than the half-Windsor making it a relatively big knot. It owes its name to the middle-Eastern tie maker Nicky and was invented by Ernesto Curami. Though initially less known outside Italy, it gained wide recognition after being rediscovered by David Kelsall who reported it as an improvement over the Pratt knot in The Sunday Telegraph in 1991.

How to Tie a Nicky Knot

Start by wrapping the tie around your neck with its seam side up for both the thin and wide ends. The thinner end should be about a hand and a half above the waistband before starting with the first step. 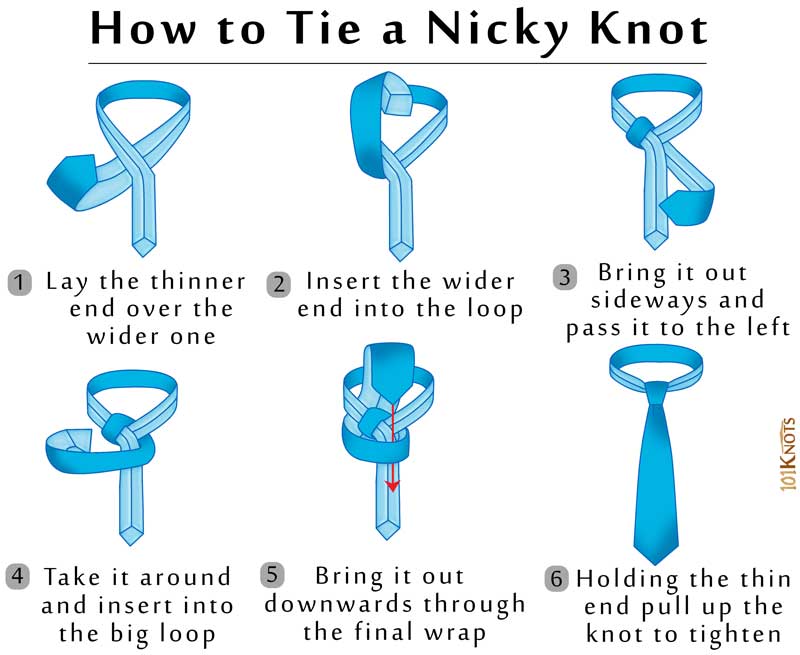 How to Tie a Nicky Knot Step by Step