The rolling hitch is a friction knot that can attach a thinner rope to a thicker one or a single rope to a post or spar. It holds firmly in the direction of the standing part. It belongs to the group of slide and grip knots and facilitates lengthwise pulls on it. Until 1841 it was known as Magnus or Magner’s hitch. At that time the name rolling hitch was applied to round turn and two half hitches. In that year, Richard Dana published a book, The Seaman’s Friend, and named the knot as we know it today.

How to Tie a Rolling Hitch Knot 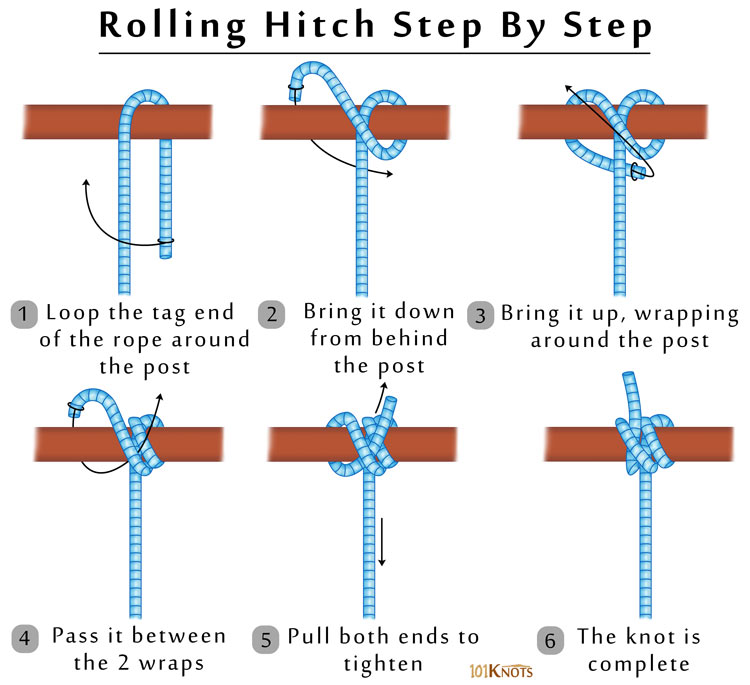 How to Tie a Rolling Hitch – Video Tutorial

How to Tie a Rolling Hitch Knot Step by Step