This knot was popular only in the sport fishing capital of San Diego but later gained widespread recognition with anglers all over the world as an excellent knot. It attaches a line to a swivel, hook, artificial fly or clip. Also known as the reverse clinch or the Heiliger knot it can be tied with many types of fishing lines including fluorocarbon, monofilament and braided v/s the Palomar knot that is not as powerful with braid as it is with mono. It has won rave reviews with fishermen.

How to Tie a San Diego Jam Knot

The below diagram shows the formation of a six turn knot. 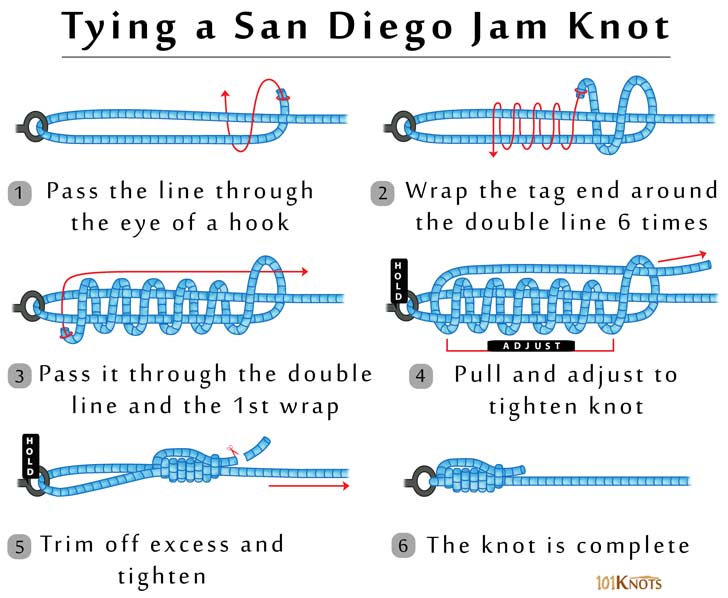 How to Tie a San Diego Jam Knot