The Stevedore knot is a moderately bulky, reliable stopper knot tied at the end of a rope. It has been described in The Ashley Book of Knots as a single strand knot that prevents a rope end from unreeving. According to the book, the knot owes its name to stevedores who used it for loading and unloading cargo from ships. However, according to another book, The Art of Knotting and Splicing by Cyrus Day, the name could have originated in a pamphlet issued in 1890 by the C.W. Hunt Company who sold ropes by that name. It is less prone to jamming, can be untied more easily (even after taking a heavy load) and bulkier than the closely related figure 8 knot.

How to Tie a Stevedore Knot 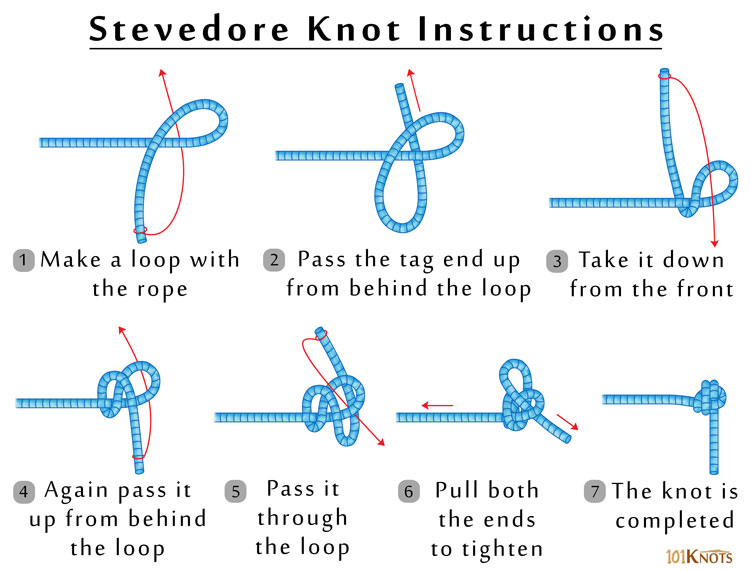 How to Tie a Stevedore Knot