The Zeppelin bend or the Rosendahl bend is a secure and simple knot that is mainly used to connect 2 ropes for climbing. There is some history, or rather, a myth surrounding its name. The massive strength yet easy to untie even after heavy loading property of the bend was utilized to tie down huge lighter-than-air ships or dirigibles filled with helium or hydrogen that dated back to the 1920’s. Having huge lifting capacities, these airships were commonly known as “Zeppelins” in honor of their pioneer, Count Ferdinand von Zeppelin. Hence the name of the knot. It is said to have been invented by a US naval officer named Rosendahl who first used it for the above purpose.

How to Tie a Zeppelin Bend 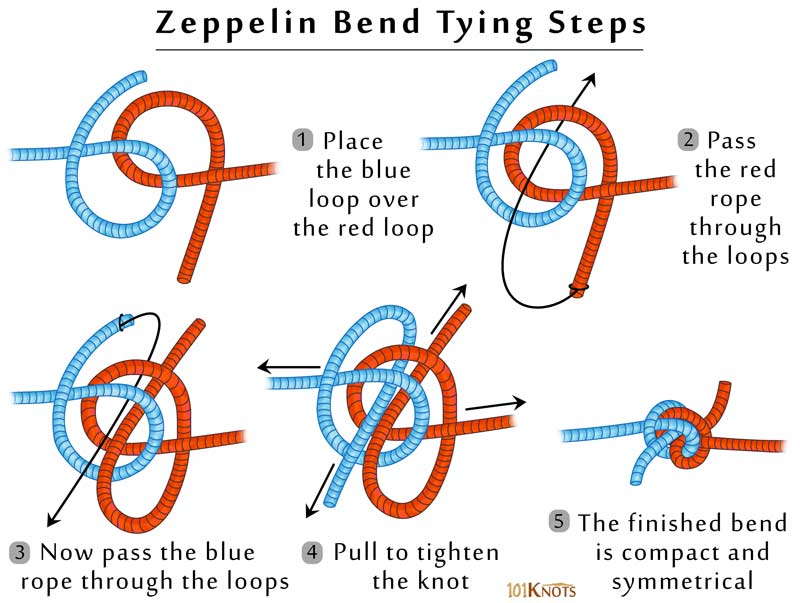 How to Tie a Zeppelin Bend