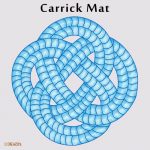 The Carrick bend mat, thump mat or the more popular Carrick mat owes its name to the Carrick bend due to its resemblance with the latter. When tied with paracord or thick ropes, the decorative knot serves the purpose of a hot pad or a table mat aesthetically. With the ends connected together, it takes the form of an endless knot that has a great spiritual value in some religions for its interwoven structure. Being a classic Turk’s head weave, it is related to the Turk’s head knot.

How to Make a Carrick Bend Mat

The diagram shows the tying instructions of a small version of the mat. 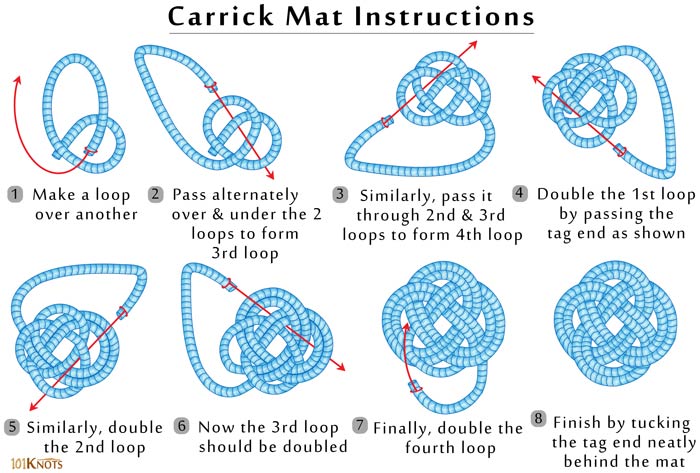 How to Make a Carrick Bend Mat

Steps to Tying a Carrick Mat