How to Tie a Lasso (Honda Knot)

The honda knot, lariat loop or bowstring knot is the most common way of tying a lasso or lariat by cowboys. The nearly perfect round shape of the knot helps it to slide freely along the rope (especially if it’s a stiff rope) it is tied around, unlike the bowline knot. The loop formed by the easy and quick tying process described below is small and permanent. Lasso is the rope, usually stiff, tied in the sliding honda knot loop at one end that is extensively used in North America for catching cattle. Kids like to play with it just for fun. Being originally used by the Mexican and American cowboys, its name may have been derived from the Spanish word “honda” meaning sling.

How to Tie a Honda Knot

For games, you would need a 30 feet long rope for adults and less than that for children. For cattle, though, there is no specified length. You would need enough rope to make the knot and encompass an animal. 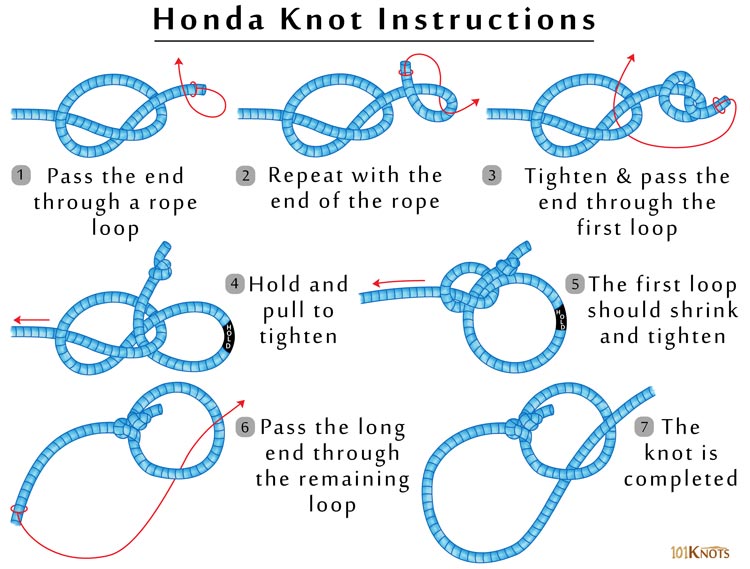 How to Tie a Lasso (Honda Knot)

How to Make a Lasso: Video