Round Turn and Two Half Hitches

Round Turn and Two Half Hitches

The strong knot consists of two parts, a round turn and two half hitches. The first part takes the initial strain and controls the load as you complete the knot. It also provides friction against the support. It is critical for holding mooring lines. It fastens a rope to a fixed object such as a post, tree, ring or column. It retains 75% of the line strength.

In 1794, David Steel referred to this knot in his book, Elements and Practice of Rigging and Seamanship. It has also been mentioned in The Ashley Book of Knots. 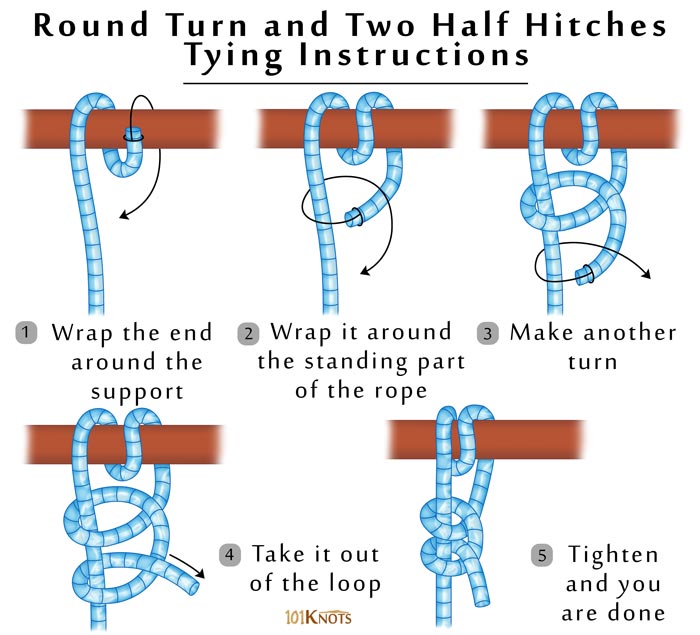 Round Turn and 2 Half Hitches v/s Other Knots