It is considered to be one of the most important knots alongside the sheet bend and bowline. Also known as a double hitch, it is simply 2 back to back half hitches around a cylindrical object such as a tree, ax or a post. It causes an efficiency loss of approximately 40%. The quick release knot can also be tied with webbing. It can be an interesting forest school activity.

Its origin can be traced back to the first quarter of the sixteenth century when it was tied in ratlines. The evidence of this fact lies in early sculptures and paintings.

The word clove is the past tense of cleave meaning split or divided. It is so named as there appear parallel lines of the rope at the back of the knot.

How to Tie a Clove Hitch 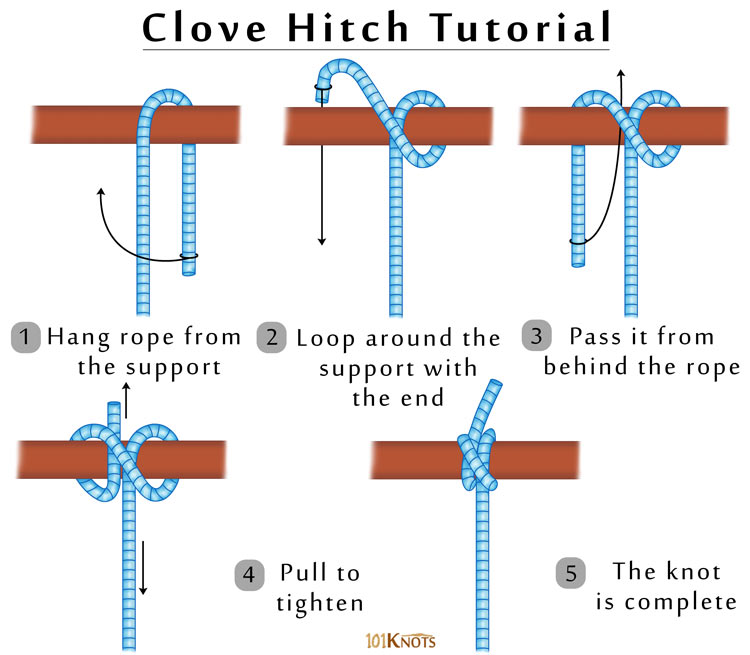 How to Tie a Clove Hitch

The below tutorial depicts 2 methods of tying. The 1st one is identical to the procedure shown in the diagram. The 2nd one uses loops in the middle of a rope that are dropped over a post. It is also called the open-ended clove hitch. The first part of the 2nd method can be utilized in making the handcuff knot.

The below video demonstrates how to tie it on a halyard for a ladder. You can apply it on extension ladders as well. It is tied on a bight and is useful for firefighting.